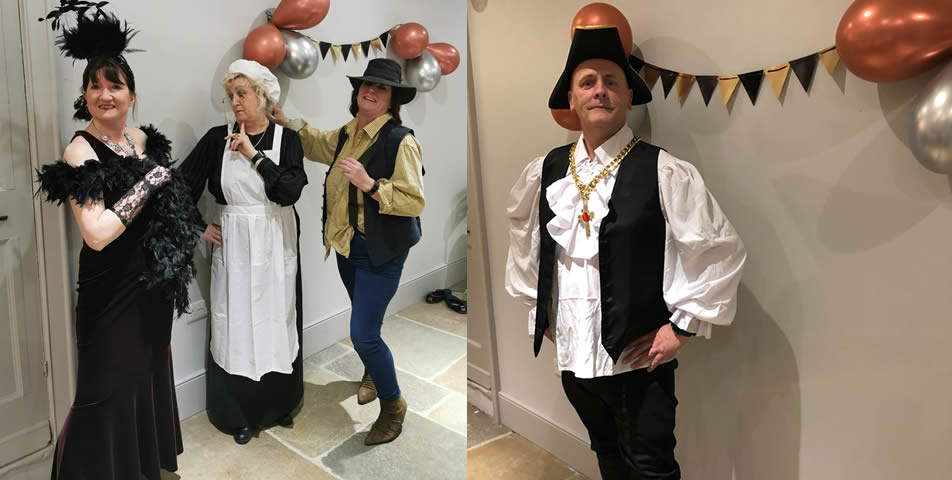 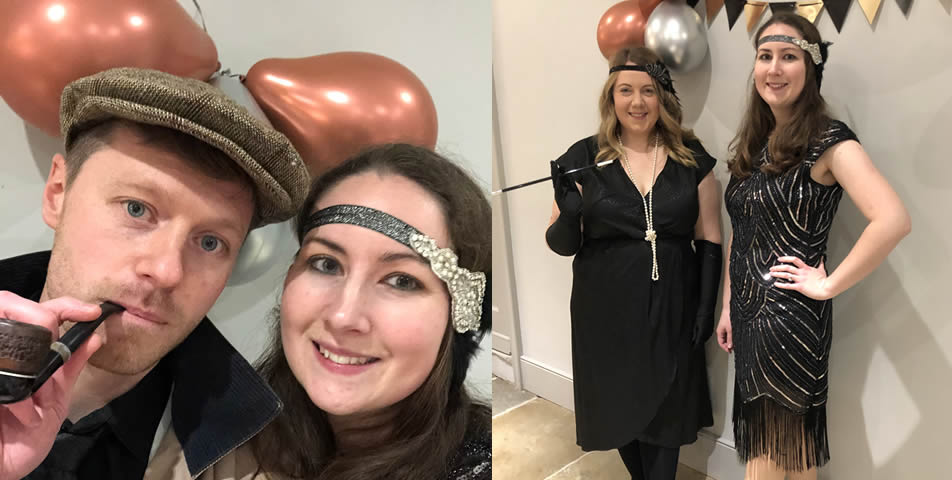 For your chance to be one of our featured mysteries and win two free parties, email your photos and some details of the party to featured@maplemysterygames.com.

Having played three other games by Maple Mystery Games virtually during lockdowns, I thought I'd celebrate my birthday wth a face-to-face murder mystery.

A fantastic script. As usual with Maple Mystery Games, instructions were easy to follow and the outcome was well crafted into the dialogue. Unlike many such games, the clues are there to spot the murderer (even though I didn’t).

The simple yet elegant balloons provided a swell background for the spiffing costumes.

We LOVE the headgear for the Right Honourable Bunny Clifford-Smythe. And would anyone argue with Mrs Mercy Sober? 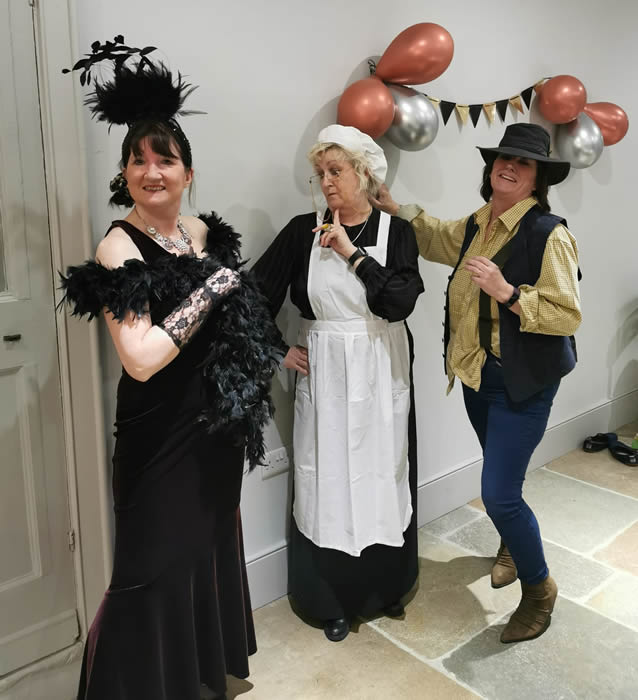 The Right Honourable Bunny Clifford-Smythe is the cat's pyjamas, the cat's miaow, the bee's knees: 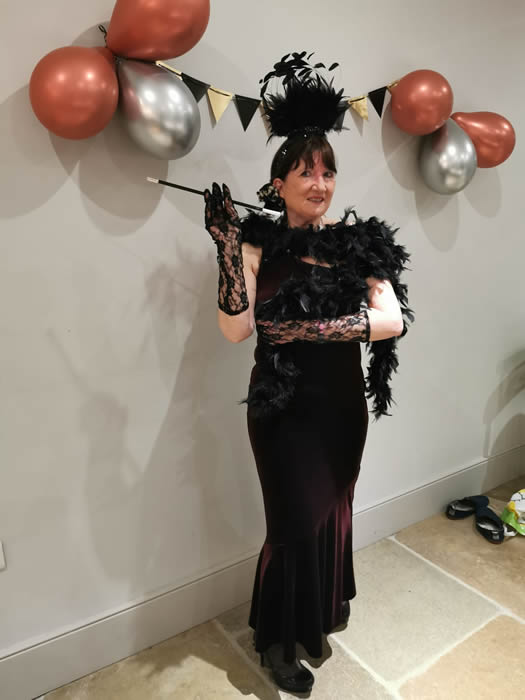 And Mayor O'Clipper is also spiffing: 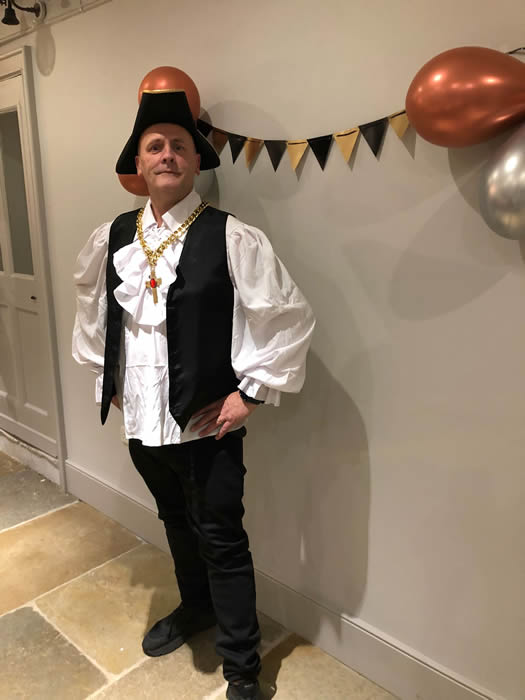 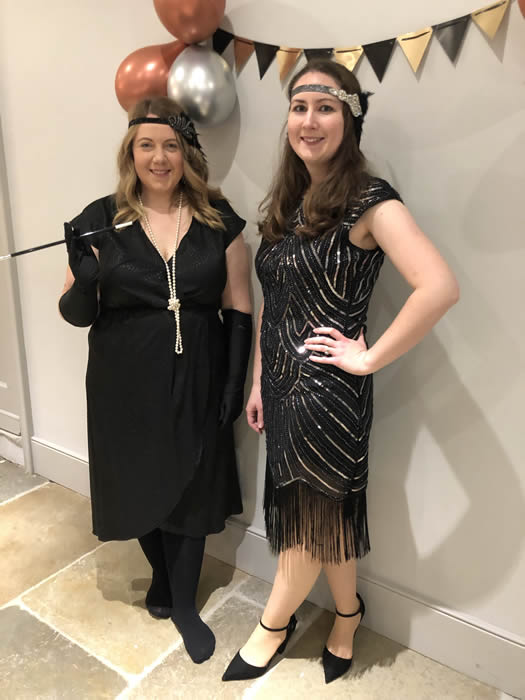 Agent Ted and Clara - we love the flat cap and pipe and the 1920s' headband is swell: 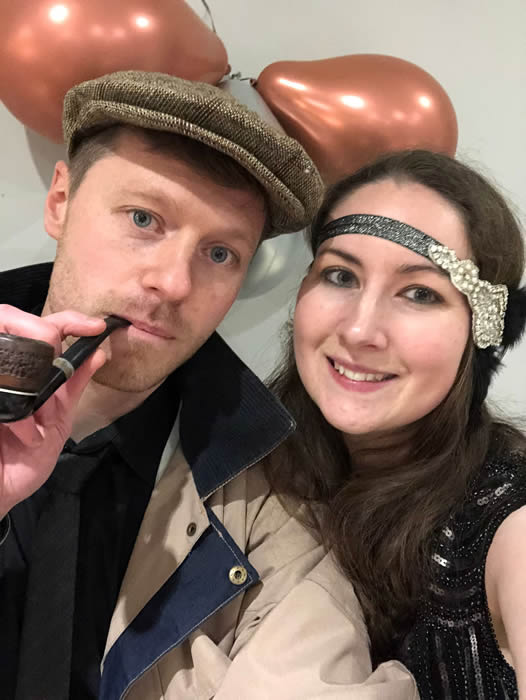 Beware Whackem Will that most feared gangster - the white tie and fake moustache is so very 1920s: 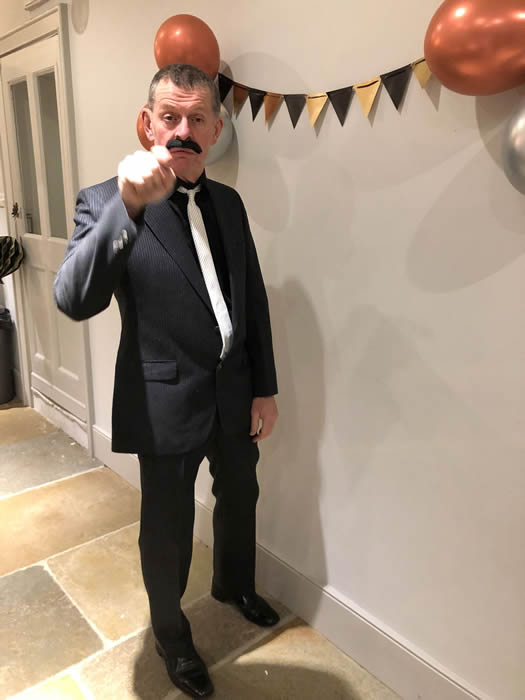 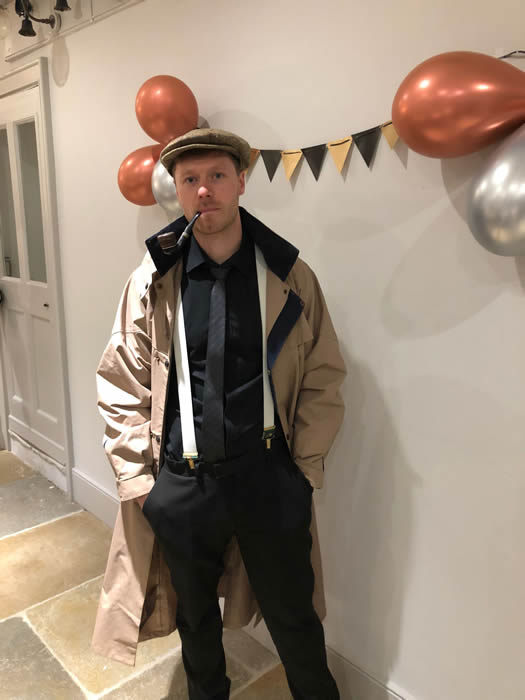 Murder at the 70s Disco Party

Murder in the Wild West

We use cookies to ensure you get the best experience.